In Botswana you will find old Africa. Vast regions free from the electric fences that plague wilderness areas in other countries – the migration of our animals continues much as it always has.

The small and passionate population of the country are responsible guardians of the wilderness which was only made known to the outside world by the first European missionaries to pass through in the mid 1800"s. You will find a desert and delta little changed from when Livingstone, Chapman and Anderson visited all that time ago.

It is in this timeless landscape of old Africa that is so little influenced by the outside world that we would like to lead you on a safari of a lifetime.

Botswana gained its independence in 1966 from the UK and quickly took advantage by discovering and utilizing the three biggest diamond mines in the world. Instead of letting the precious jewels tear the people apart, as in some areas, the people of Botswana (the Batswana) made diamonds the backbone of the economy. A democratic government has been in place ever since and the enormous wealth generated by the mines, coupled with income from farming and tourism, is evenly distributed to the people through education, healthcare and other public services.

The People and Population

Botswana is fortunate that 80% of its people belong to the same “Tswana” tribe. This has contributing to stopping the tribal infighting that has plagued much of Africa over the past half century. That said, there are still strong ethnic cultures to be discovered in Botswana and in the north in particular.

Here you will find the almost mythical San or Bushman peoples who are among some of the last hunter gatherer people in the world. Furthermore, in the Okavango Delta there are a host of smaller tribal groups such as the Mambakushu, Bayei or River Bushman along with the Herero people from Namibia further west.

The Land and Population

Botswana is roughly the size of France or Texas but remarkably only has a population of 2.3 million people. As recently as 1920 there were only 120,000 people in the entire country! Population growth is at around 4% per annum. The small population can be attributed to the fact that 85% of the country is covered in semi-arid Kalahari Desert thus making living areas limited. The majority of the people live on the southern and eastern side or the country (around 80%).

Gaborone is the capital of Botswana and is the fastest growing city in Africa. Other large towns include Francistown, Serowe and, to a lesser extent, the tourism town of Maun.

Botswana is best known for is its pristine and wildly beautiful wilderness areas. Over 37% of our land mass is dedicated to wildlife management and conservation. From the vast expanses of the Kalahari Desert and the Makgadikgadi Pans to the watery paradise of the Okavango Delta, Botswana is the ongoing guardian of some of Africa greatest numbers of mammals and birds. Chief among these are 150,000 Elephants who roam the central and northern part of the country and large numbers of the fabled “big cats” Lions, Leopards and Cheetahs.

In summer (October to April) temperatures soar to 40degrees and the rain pelts down regularly in the primary wet season (December to February).

Winter is from May to September and consists of dry, cloudless days with warm to hot days. However, night time temperatures can plummet to zero, especially in the early ours before dawn.

Currency – the Pula, which also means rain and “cheers” consists of 100 thebe (meaning thunder). The currency is stable and is usually worth around $6 US.

Changing a major currency in banks and bureau de change offices is easy. Pounds, Euros, Dollars and Rand can be exchanged. ATMS are also widespread and available in the most towns you visit.

Travel – you will arrive on an Air Botswana plane from Johannesburg or Cape Town to Maun in Northern Botswana. Travel is very laid back and safe in Botswana. Make sure you check your bag in all the way from home to Maun and take any valuable in your hand luggage.

Clothing and religion – you will find a fairly laid back approach to both subjects in Botswana. Most people practice some kind of Christianity, usually in the form of Anglican, Catholic or Church of Zion African Church faiths. Being such a rural area there is also a good deal of belief in ancestors and other traditional beliefs particularly with the Bushman.

Be respectful with your clothing especially when moving around within a rural community. Also remember bare in mind the heat and wet in the summer and the hot and cold of the winter. We recommend khaki or neutral clothing while on safari and in particular is you are walking.

Things to look out for – Please make sure you have a good insurance package befire you come away. Hospitals are fairly common and efficient but please consult a doctor before you travel on illnesses such as malaria and take inoculations that your doctor recommends. Please feel free to contact Last Wilderness at any time for any worries you have or recommendations we might have. Your safety is our number one priority in the wilderness. Clean drinking water is also readily available on Last Wilderness Safaris.

Local time – GMT or BST plus one hour

Lonely Planet Botswana or Southern Africa – the most comprehensive guidebook on the area with all the facts, figures, places to stay, eat and play you could ever need.

The Miracle Rivers – a beautiful commentary on the peoples and wildlife of Northern Botswana. If you don”t buy it before you come here you certainly will when you leave.

Okavango River: The Flow of a Lifeline – everything you ever wanted to know about the Okavango and how it works from an scientific viewpoint.

Cry of the Kalahari – an intimate look at life in the Kalahari with particular emphasis on conservation, research and the importance of water and wilderness to Botswana “s wildlife.

Lost World of the Kalahari by Laurens Van der Post

Jewel of the Kalahari by Karen Ross 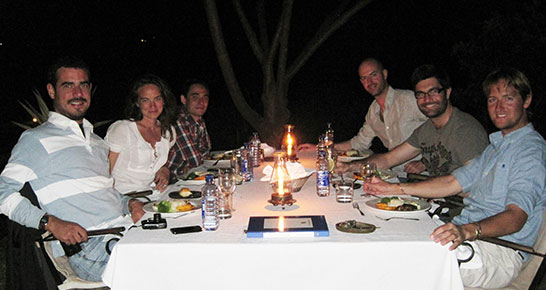 Ms B. from Cambridge

Andrew Harkness and his team are just amazing. Given all the reviews we read in … 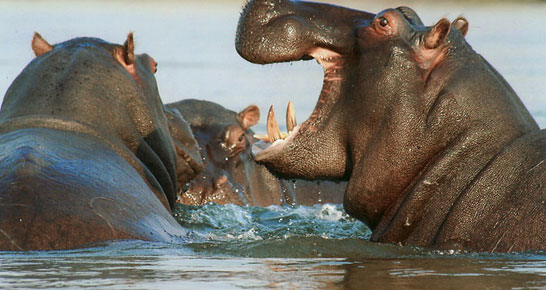 Contact us for more information about our safaris, when we can discuss your requirements and customize a bespoke safari experience exactly to your liking.